Review, compare prices, and buy your electronics from your favorite vendor here.

Trending Today
Best Gaming Monitors on a Budget for 2021
The Top 5 Most Anticipated Games of 2021
Best VR Gloves on the market
What is the best LED Mask for Facial Therapy?
Best gaming laptops 2021
Apple iPhone 13 leaks: features, release date and pricing
Top 5 Best Graphics Cards for Mining Crypto in 2021
Must Have Tech Gifts for 2021
Playstation 5 Review
Best Hoverboard for Kids in 2021

The Top 5 Most Anticipated Games of 2021

What are some of the best upcoming PC and console games to keep an eye on this year and the next? Hope, anticipation, agony, and elation are some of the emotions we go through during the annual PC release schedules. While we witness the release of some epic masterpieces such as Grand Theft Auto V, The Witcher 3, and Skyrim to name a few. It also brings in several titles that did not meet our expectations such as CyberPunk.

Whatever your platform of choice is – Steam, Epic, Uplay or Origin, there are loads of new games to add to your wish list as well. These new games include bleeding-edge titles with ray tracing capabilities, as well as updates to your favorite RPGs, shooters and co-op masterpieces.

We have selected 5 most anticipated game titles you should certainly look out for.

The Top 5 Most Anticipated Games of 2021

If you love games that involve Zombie apocalypse then this game is certainly for you. It was originally a PlayStation exclusive back in 2019, but now it has been remade for PC with ultra-wide monitor support, unlocked frame rates, and enhanced graphics too. Unfortunately, this will not be getting DLSS or ray tracing support this year. However, it should still be worth a look. As it offers great story line, breath-taking visuals. So Jump into the world of post-pandemic America and battle the zombie hordes in a delightful open-world zombie hooter.

With the arrival of the new generation of gaming consoles (Play Station 5 and XBOX Series X) comes a new wave of games that can take full advantage of this advanced hardware. So far, there have not been many releases that truly show what new console hardware is capable of, but Kena: Bridge of Spirits is starting to look like an exception or perhaps a diamond in the rough.

In Kena, you play as a Spirit Guide that uses her magical powers, as well as the aid of spirit followers called the “Rot,” to help the dead move on to the next life (using force, if need be). During your journey, you will transform the environment, make magical discoveries, and use your powers to “restore” the damaged world to its former glory.

Unlike other games, you should experience it first hand by playing it but If you are still curious you can check out the game-play on Youtube.

If you love open-world games and love wreaking havoc on unsuspecting wildlife and Humans then I am certain you have probably heard of this gaming title. Far Cry focuses on three major elements: gameplay freedom, explosive combat encounters, and charismatic villains.

Far cry 6 will be the 6th edition of its long-running series and they seem to be sticking to their basics. It will be yet another open-world First Person Shooter (FPS), this time located in the island nation of “Yara”. Players take on the role of a local who seeks to fight back against the tyrannical reign of “El Presidente” Anton Castillo, played by the fantastic Giancarlo Esposito (of Breaking Bad fame).

Far Cry 6 will let gamers choose to play as either a male or female, though they both share the same gender-neutral name: Dani Rojas. Players will explore the beaches and jungles of Yara, and they can even take a trip to its capital city of Esperanza.

If you love FPS games then you should really consider buying this game and can also add it your wish list.

For starters, you will not necessarily stick to one faction or culture from the start of the game. You might pick, say, the Egyptians during the Ancient Era, but then absorb the Greek culture once you reach the Classical era. In Medieval times, it might be beneficial for you to explore what it means to be English, and eventually delve into German and Chinese society. Though you will lose some of the unique benefits each culture offers when you transition to a new one, certain buffs will remain throughout your entire playthrough: these powerful boons are called Legacy Traits.

Ultimately, your goal in Humankind is to gain more “fame” than any rival civilization by the time the game ends. Every battle you win, every “great deed” you accomplish, and every moral choice you make will increase your fame score, so there is plenty of incentive to keep pushing your empire forward.

Therefore, if you are someone who loves history, culture, and empires then this is game is certainly for you.

If you are someone, who loves strategic gameplays, and enjoys hitting targets as a sniper then you will enjoy playing this game. Sniper Ghost Warrior Contracts 2 promising to be the most challenging addition to the series thanks to contracts that require you to snipe enemy targets over extreme ranges of over 1,000 meters away. That is some serious sniping business!

This new addition to the series also promises new and improved visuals, 20 contracts, and various side missions as well as plenty of re-playability. The contracts can be completed in different ways, so revisiting and replaying can pay off in the form of new gear too. Ready your trigger finger.

Hope you enjoy my top 5 anticipated games. What game are you anticipating most? 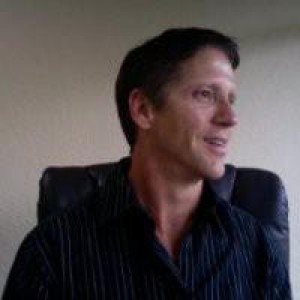 Richard Webb is an entrepreneur, fitness author of Fat Burning Secrets (available on Amazon), bodybuilder, blogger of fitness & technology, and a digital nomad working mainly from Mexico and travels frequently to Texas and California. He has 25 years experience working in software technology, so he truly considers himself as an unusual combination of bodybuilder-tech nerd.
PrevPreviousBest VR Gloves on the market
NextBest Gaming Monitors on a Budget for 2021Next